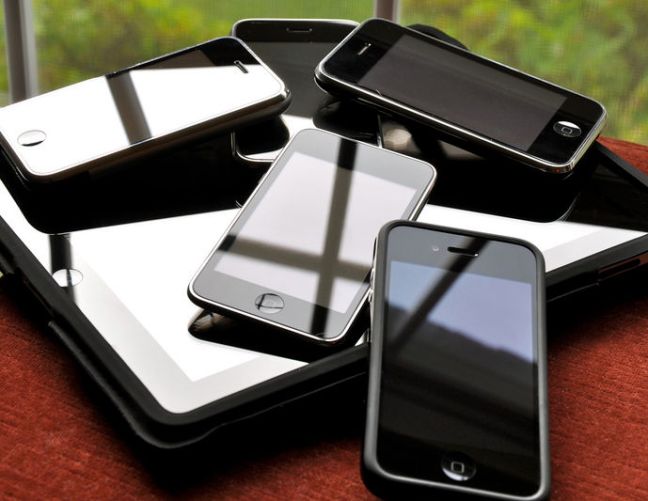 Analysis of the advantages and disadvantages of BYOD has filled countless blogs, articles and reports, but has generally missed the point.

Commentators have sought to answer two questions. Firstly, if we allow our employees to use their own devices, will it save us money?  Secondly, will it make them more productive?

The answer to the first question was widely assumed, early on, to be yes.  An early adopter in the US government sector was the State of Delaware, who initiated a pilot in early 2011. With their Blackberry Enterprise Server reaching end-of-life, the program aimed to replace it altogether, getting all users off the infrastructure by mid-2013, and replacing it with monthly payments to users to cover the costs of working on their own cellular plans:

The State agreed to reimburse a flat amount for an employee using their personal device or cell phone for state business. It was expected that by taking this action the State could stand to save $2.5 million or approximately half of the current wireless expenditure.

The State evaluated the cost of supplying its own Blackberry devices at $80 per month, per user. The highest rate paid to employees using their own devices (for voice and data) is $40 per month.

At face value, this looks like a big saving, but many commentators – and practitioners – don’t see it as typical. One of the most prominent naysayers in this regard has been the Aberdeen Group. In February 2012, Aberdeen published a widely-discussed report which suggested that the overall cost of a BYOD program would actually be notably higher than a traditional, centralized, company-issued smartphone program:

The incremental and difficult-to-track BYOD costs include: the disagregation of carrier billing; an increase in the number of expense reports filed for employee reimbursement; added burden on IT to manage and secure corporate data on employee devices; increased workload on other operational groups not normally tasked with mobility support; and the increased complexity of the resulting mobile landscape resulting in rising support costs.

Aberdeen reported the average monthly reimbursement paid to BYOD users as $70, higher than the State of Delaware’s $40. And reimbursement is an important term here: to avoid the payments being treated as a “benefit-in-kind”, employees had to submit expense reports showing proof of already-paid mobile bills.

The State had to ensure that it was not providing a stipend, but in fact a reimbursement after the fact… This avoids the issue associated with stipends being taxable under the IRS regulations.

As Aberdeen pointed out, there is a cost to processing those expense reports. They reckon the typical cost of this to be $29. Even with the State’s $40 reimbursement level, that factor alone would wipe out most of the difference in cost compared to that $80 monthly cost of a State-issued Blackberry, and that is before other costs such as Mobile Device Management are accounted for (another US Government pilot, at the Equal Employment Opportunities Commission, reported $10 per month, per device, for their cloud-based MDM solution). Assuming this document is genuine, it’s clearly an important marketing message for Blackberry.

Of course, there are probably ways to trim many of these costs, and perhaps a reasonable assessment would be that many organizations will be able to find benefits, but others may find it difficult.

So if the financial case is not a slam-dunk, then BYOD needs to be justified with productivity gains.  And this is a big challenge: how do we find quantifiable benefits from a policy of allowing users to work with their own gadgets?

The analysis in this regard has been a mixed bag. The conclusions have often been ranged from subjective to faintly baffling (such as the argument that BYOD will be a “productivity killer” because employees will no longer log in and work during their international vacations.  Er… perhaps it’s just me, but if I were a shareholder of an organization that felt that productivity depended on employees working from the beach, I’d be pretty concerned).

One of the best pieces of analysis to date has been Forrester’s report, commissioned by Trend Micro, entitled “Key Strategies to Capture and Measure the Value Of Consumerization of IT”:

More than 80% of surveyed enterprises stated that worker productivity increased due to BYOD programs. These productivity benefits are achieved as employees use their mobile devices to communicate with other workers more frequently, from any location, at any time of the day. In addition, nearly 70% of firms increased their bottom line revenues as a result of deploying BYOD programs.

A nice positive message for BYOD there, but there’s arguably a bit of a leap to the conclusion about bottom-line revenue increase. It’s not particularly clear from the report how these gains have resulted directly from a BYOD program. A critic might be justified in asking how believable this conclusion is.

However, when we look at how people use their personal devices through their day, surely it’s perfectly credible to associate productivity and revenue increases to their use of consumer technology at work? Even before the working day has started, if an employee has got to their desk on time, there’s a pretty strong chance this was assisted by their smartphone. The methods, and the applications of choice, will vary from person to person: perhaps they are using satellite road navigation to avoid delays, or smoothly linking public transport options using online timetables, or avoiding queues using electronic ticketing. On top of that, if they’re on the train, they’re probably online, which can mean networking and communication has been going on even before they arrive at the building.

This reduction of friction in the daily commute, as described by BMC’s Jason Frye in two blog posts here and here, is a daily reality for many employees, and it’s indicative of the wider power of harnessing users’ affinity with their own gadgets. But how can this effectively be measured?  It’s difficult, because no two employees will be doing things quite the same – everybody’s journey to work is different. The probability of finding the same collection of transport applications on two employees’ smartphones is near zero, yet the benefits to each individual are obvious.

Equally, every knowledge worker’s approach to their job is different, and the selection of supporting applications and tools available through consumer devices is vast. Employees will find the best tools to help them in their day job, just as they do for their commute.

Now, perhaps we can also see some flaws in the balance-sheet analysis we’ve already discussed. As employees work better with their consumer devices, they rely less on traditional business applications. The global application store is proving to be a much better selector of the best tools than any narrow assessment process, ensuring that the best tools rise to the top. Legacy applications don’t need to be expensively replaced or upgraded in the consumer world: they die out of their own accord and are easily replaced. BYOD, done well, should reduce the cost of providing software, as well as hardware.

Some commentators cite incompatibility between different applications as a potential hindrance to overall productivity, but this misses the point that the consumer ecosystem is proving much better at sharing and collaboration than the business software industry has been. Users expect their content to be able to work with other users’ applications of choice, and providers that miss this point see their products quickly abandoned (imagine how short-lived a blogging tool would be if it dropped support for RSS).

The lesson for business? Trust your employees to find the best tools for themselves. Don’t rely on over-rigid productivity studies that miss the big picture. Don’t over-prescribe; concentrate on the important things: device and data security, and the provision of effective sharing and collaboration tools that join the dots. And ask yourself whether that expense report really needs to cost $29 to process through traditional business systems and processes, when your employees are so seamlessly enabled by their smartphones… 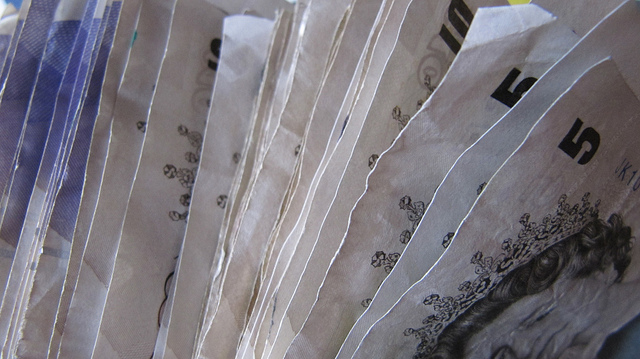 A few days ago, Microsoft (or rather, many of its resellers) announced a 15% price rise for it’s user-based Client Access license, for a range of applications. The price hike was pretty much immediate, taking effect from 1st December 2012.

The change affects a comprehensive list of applications, so it’s likely that most organizations will be affected (although there are some exceptions, such as the PSA12 agreement in the UK public sector).

Under Microsoft’s client/server licensing system, Client Access Licenses (CALs) are required for every user or device accessing a server.

Customers using these models need to purchase these licenses in addition to the server application licenses themselves (and in fact, some analysts claim that CALs provide up to 80% of  license revenue derived from these models).

What’s interesting is that the price rise only affects User-based CALs, not Device-based CALs. Prior to this change, the price of each CAL was typically the same for any given application/option, regardless of type.

This is likely to be a response to a significant industry shift towards user-based licensing, driven to a large extent by the rise of “Bring your own Device” (BYOD). As employees use more and more devices to connect to server-based applications, the Device CAL becomes less and less attractive.

As a result, many customers are shifting to user-based licensing, and with good reason.

15% is a big rise to swallow.   However, CAL licensing has often been pretty inefficient. With the benefit-of-proof firmly on the customer, a true-up or audit often results in “precautionary spending”: “You’re not sure how many of our 5,000 users will be using this system, so we’d suggest just buying 5,000 CALs“. This may be compounded by ineffective use of the different licensing options available.

Here are three questions that every Microsoft customer affected by this change should be asking:

Do we know how many of our users actually use the software?
This is the most important question of all. It’s very easy to over-purchase CALs, particularly if you don’t have good data on actual usage. But if you can credibly show that 20% of that user base is not using the software, that could be a huge saving.

Could we save money by using both CAL types?
Microsoft and their resellers typically recommend that companies stick to one type of CAL or the other, for each application. But this is normally based on ease of management, not a specific prohibition of this approach.
But what if our sales force uses lots of mobile devices and laptops, while our warehouse staff only access a small number of shared PCs. It is likely to be far more cost effective to purchase user CALs for the former group, while licensing the shared PCs with device licenses. The saving may make the additional management overhead very worthwhile.

Do we have a lot of access by non-employee third parties such as contractors?
If so, look into the option of purchasing an External Connector license for the application, rather than individual CALs for those users or their devices.  External Connectors are typically a fixed price option, rather than a per-user CAL, so understand the breakpoints at which they become cost effective.  The exercise is described at the Emma Explains Microsoft Licensing in Depth blog.  Microsoft’s explanation of this license type is here.

The good news is that the price hike will usually kick in at most customer’s next renewal. If you have a current volume licensing agreement, the previous prices should still apply until then.

This gives most Software Asset Managers a bit of time to do some thinking. If you can arm your company with the answer to the above questions by the time your next renewal comes around, you could potentially save a significant sum of money, and put a big dent in that unwelcome 15% price hike.