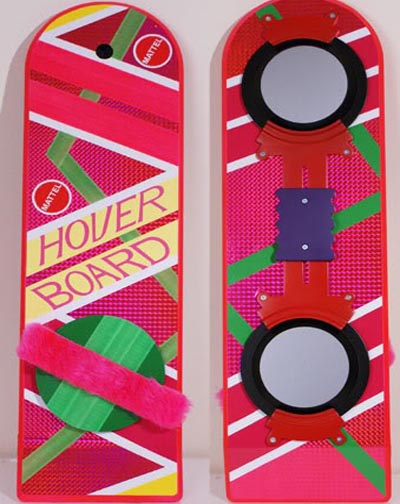 In a previous post, we discussed the fact that IT Asset Management is underappreciated by the organizations which depend on it.

That article discussed a framework through which we can measure our performance within ITAM, and build a structured and well-argued case for more investment into the function.  I’ve been lucky enough to meet some of the best IT Asset Management professionals in the business, and have always been inspired by their stories of opportunities found, disasters averted, and millions saved.  ITAM, done properly, is never just a cataloging exercise.

As the evolution of corporate IT continues at a rapid pace, there is a huge opportunity (and a need) for Asset Management to become a critical part of the management of that change.  The role of IT is changing fundamentally: Historically, most IT departments were the primary (or sole) provider of IT to their organizations. Recent years have seen a seismic shift, leaving IT as the broker of a range of services underpinned both by internal resources and external suppliers. As the role of the public cloud expands, this trend will only accelerate.

Here are four ways in which the IT Asset Manager can ensure that their function is right at the heart of the next few years’ evolution and transition in IT:

IT Asset Management and IT Service Management have often, if not always, existed with a degree of separation. In  Martin Thompson’s survey for the ITAM Review, in late 2011, over half of the respondents reported that ITSM and ITAM existed as completely separate entities.

Despite its huge adoption in IT, previous incarnations of the IT Infrastructure Library (ITIL) framework did not significantly detail IT Asset Management as many practitioners understand it. Indeed, the ITIL version 2 definition of an Asset was somewhat unhelpful:

“Asset”, according to ITIL v2:
“Literally a valuable person or thing that is ‘owned’, assets will often appear on a balance sheet as items to be set against an organization’s liabilities. In IT Service Continuity and in Security Audit and Management, an asset is thought of as an item against which threats and vulnerabilities are identified and calculated in order to carry out a risk assessment. In this sense, it is the asset’s importance in underpinning services that matters rather than its cost”

This narrow definition needs to be read in the context of ITIL v2’s wider focus on the CMDB and Configuration Items, of course, but it still arguably didn’t capture what Asset Managers all over the world were doing for their employers: managing the IT infrastructure supply chain and lifecycle, and understanding the costs, liabilities and risks associated with its ownership.

This is really important. IT Asset Management has a huge role to play in enabling the organization to understand the key components of the services it is providing. The building blocks of those services will not just be traditional physical infrastructure, but will be a combination of physical, logical and virtual nodes, some owned internally, some leased, some supplied by external providers, and so forth.

In many cases, it will be possible to choose from a range of such options, and a range of suppliers, to fulfill any given task. Each option will still bear costs, whether up-front, ongoing, or both. There may be a financial contract management context, and potentially software licenses to manage. Support and maintenance details, both internal and external, need captured.

In short, it’s all still Asset management, but the IT Asset Manager needs to show the organization that the concept of IT Assets wraps up much more than just pieces of tin.

2: Learn about the core technologies in use in the organization, and way they are evolving:

A good IT Asset Manager needs to have a working understanding of the IT infrastructure on which their organization depends, and, importantly, the key trends changing it. It is useful to monitor information sources such as Gartner’s Top 10 Strategic Technology Trends, and to consider how each major technology shift will impact the IT resources being managed by the Asset Manager.  For example:

Big Data will change the nature of storage hardware and services.  Estimates of the annual growth rate of stored data in the corporate datacenter typically range from 40% to over 70%. With this level of rapid data expansion, technologies will evolve rapidly to cope.  Large monolithic data warehouses are likely to be replaced by multiple systems, linked together with smart control systems and metadata.

Servers are evolving rapidly in a number of different ways. Dedicated appliance servers, often installed in a complete unit by application service providers, are simple to deploy but may bring new operating systems, software and hardware types into the corporate environment for the first time. With an increasing focus on energy costs, many tasks will be fulfilled by much smaller server technology, using lower powered processors such as ARM cores to deliver perhaps hundreds of servers on a single blade.

Software Controlled Networks will do for network infrastructure changes what virtualization has done for servers: they’ll be faster, simpler, and propagated across multiple tiers of infrastructure in single operations. Simply: the network assets underpinning your key services might not be doing the same thing in an hour’s time.

“The Internet of Things” refers to the rapid growth in IP enabled smart devices.
Gartner now state that over 50% of internet connections are “things” rather than traditional computers. Their analysis continues by predicting that in more than 70% of organizations, a single executive will have management oversight over all internet connected devices. That executive, of course, will usually be the CIO. Those devices? They could be almost anything. From an Asset Management point of view, this could mean anything from managing the support contracts on IP-enabled parking meters to monitoring the Oracle licensing implications of forklift trucks (this is a real example, found in their increasingly labyrinthine Software Investment Guide). IT Asset Management’s scope will go well beyond what many might consider to be IT.

3: Be highly cross functional to find opportunities where others haven’t spotted them

The Asset Manager can’t expect to be an expert in every developing line of data center technology, and every new cloud storage offering. However, by working with each expert team to understand their objectives, strategies, and roadmaps, they can be at the center of an internal network that enables them to find great opportunities.

A real life example is a British medical research charity, working at the frontline of research into disease prevention. The core scientific work they do is right at the cutting edge of big data, and their particular requirements in this regard lead them to some of the largest, fastest and most innovative on-premise data storage and retrieval technologies (Cloud storage is not currently viable for this: “The problem we’d have for active data is the access speed – a single genome is 100Gb – imagine downloading that from Google”).

These core systems are scalable to a point, but they still inevitably reach an end-of-life state. In the case of this research organization, periodic renewals are a standard part of the supply agreement. As their data centre manager told me:

“What they do is sell you a bit of kit that’ll fit your needs, front-loaded with three years support costs. After the three years, they re-look at your data needs and suggest a bigger system. Three years on, you’re invariably needing bigger, better, faster“

With the last major refresh of the equipment, a clever decision was made: instead of simply disposing of, or selling, the now redundant storage equipment, the charity has been able to re-use it internally:

“We use the old one for second tier data: desktop backups, old data, etc. We got third-party hardware-only support for our old equipment”.

This is a great example of joined-up IT Asset Management. The equipment has already largely been depreciated. The expensive three year, up-front (and hence capital-cost) support has expired, but the equipment can be stood up for less critical applications using much cheaper third party support. It’s more than enough of a solution for the next few years’ requirements for another team in the organization, so an additional purchase for backup storage has been avoided.

The IT Asset Manager is uniquely positioned to be able to observe, oversee, manage and influence the make up of the next generation, hybrid IT service environment. This should place them right at the heart of the decision support process. The story above is just one example of the way this cross-functional, educated view of the IT environment enables the Asset Manager to help the organization to optimize its assets and reduce unnecessary spend.

This unique oversight is a huge potential asset to the CFO. The Asset Manager should get closely acquainted with the organization’s financial objectives and strategy. Is there an increased drive away from capital spend, and towards subscription based services? How much is it costing to buy, lease, support, and dispose of IT equipment? What is the organization’s spend on software licensing, and how much would it cost to use the same licensing paradigms if the base infrastructure changes to a newer technology, or to a cloud solution.

A key role for the Asset Manager role in this shifting environment is that of decision support.  A broad and informed oversight over the structure of IT services and the financial frameworks in place around them, together with proactive analysis of the impact of planned, anticipated or proposed changes, should enable the Asset Manager to become one of the key sources of information to executive management as they steer the IT organization forwards. 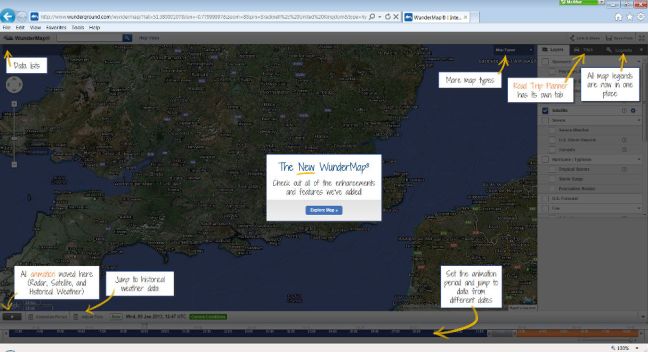 I’ve just been indulging in the great British pasttime of checking the weather, courtesy of Weather Underground, and came across this nice bit of guidance to their weather map screen. Simple, effective, informative. Very nice.